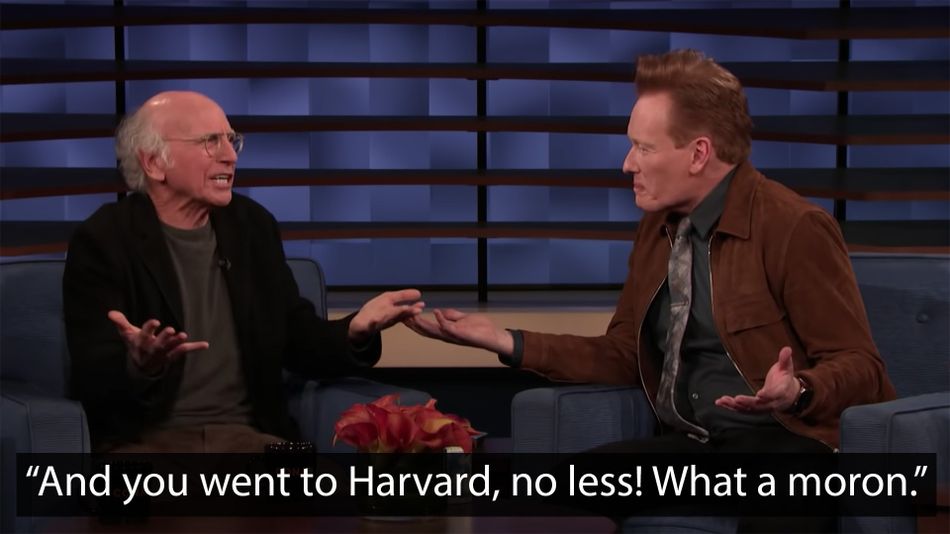 If you’re going to interview Larry David, you had better be damn sure you remember to play the clip from the show he’s promoting.

Conan O’Brien doesn’t. And he finds himself on the receiving end of a Curb Your Enthusiasm-style tongue lashing because of it.

“What an example of your incompetence,” says David to the late night show host in the video above (jump to 5:20). “I come out here to promote the show, you don’t even show a clip. You’re ready to go. And you went to Harvard, no less! What a moron.”

David isn’t done there, either. When Conan finishes the segment by announcing the date the new season of Curb is set to air, he immediately gets interrupted.

“Nobody knows dates! January 19th, you think people are aware of dates! They know Sunday, this Sunday! They don’t know January 19th!”